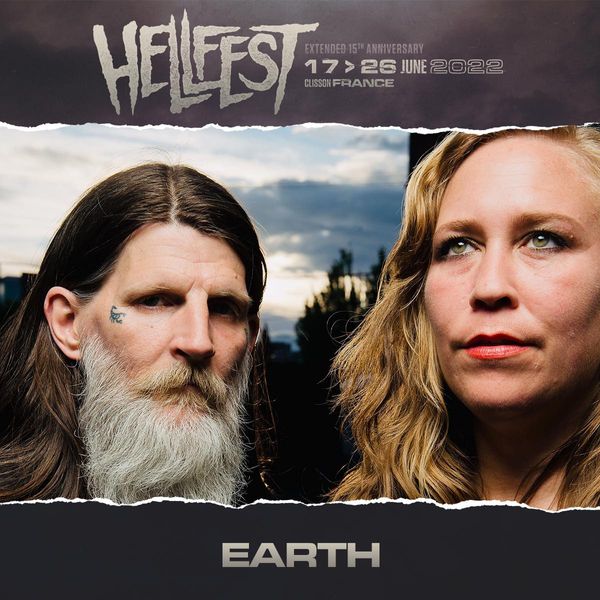 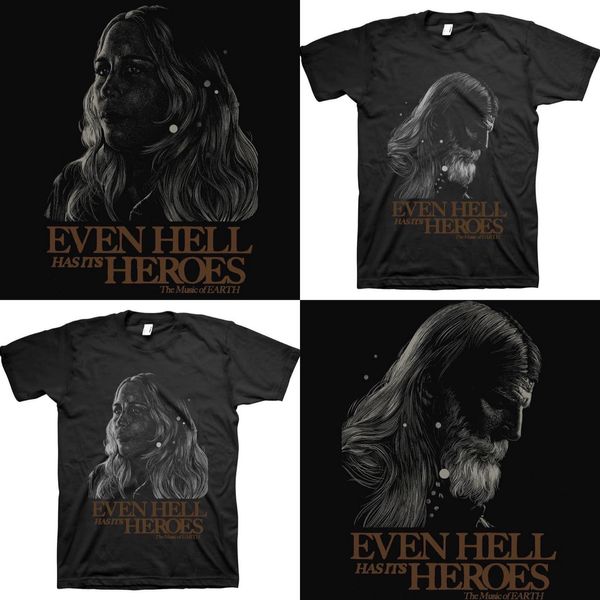 Director Clyde Petersen is raising money through t-shirt sales to pay for the audio mix and color correction of Even Hell has its Heroes.

Richey Beckett designed these beautiful t-shirts to celebrate the upcoming Earth film. They feature portraits of…

Iggy Pop included Earth's song "She Rides an Air of Malevolence" from the band's album 'Full Upon her Burning Lips' in the new episode of his BBC Radio 6 Music show.

Listen to the episode: https://www.bbc.co.uk/programmes/m000vjf4

Artists have been covering songs by Galaxie 500 all month in lead-up to the Record Store Day release of G500's live album, Copenhagen, on August 29. Today we get Mark Lanegan who teams with Earth's Dylan Carlson for a…

EARTH will be playing a very special set at Roadburn 2020, with songs spanning their entire 30 year career with rare tracks seldom heard live. Appearances from former collaborators Steve Moore and William Herzog with current EARTH members will make this a truly monumental set not to be missed!

Dylan Carlson of Earth played a very special set in Edinburgh shot by Scapegoat.tv and Wall Of Sound Productions.

In this too often self-obsessed superficial age when the trivial and the frivolous frequently take precedence over more intimate and meaningful things, how…

In 2019 Earth celebrate their 30th year anniversary as a band. Before their show in Berlin, we talked with Dylan Carlson and Adrienne Davies about “Full Upon Her Burning Lips”. The latest Earth full-length, focusses on the humanity of Carlson…

The universal vibrations of Earth: an interview with Dylan Carlson

The 13th edition of Le Guess Who? Festival is coming up, featuring many wonderful artists with ringing names. One of those is the…

(via The Brooklyn Rail)

Adrienne Davies is one of two permanent members of Earth, a Seattle band formed in 1989 by Dylan Carlson and credited with inventing ambient metal—a contradiction that caught on and evolved into the doom genre associated with groups like Boris and Sunn 0))). When Earth re-emerged following Carlson’s recovery from addiction after 2000, his guitar playing confessed a tender spot for the gothic moments of American country music. In its second life, the band evoked the cinema of Ennio Morricone, the hypnotic savagery of Cormac McCarthy’s Blood Meridian, any Western with a sad and bloody ending. As striking was the addition of a new drummer in a band known to use machine programming in lieu of live percussion. With her unnatural restraint and stark rhythm patterns, Davies enhanced Earth’s geologic pace. Earth has since continued to expand on its meditative approach to hard rock, but 2019’s Full Upon Her Burning Lips promises an outlook sunnier than what the band’s followers have come to expect. On a recent tour, Davies spoke with me about the new album, her hybrid drum kit, the physical and mental challenges of playing at glacial tempos, and Earth’s fanbase—including a few doom-loving domesticates

Ghost Cult caught up with guitarist Dylan Carlson and percussionist Adrienne Davies Earth in New York City recently before their sold-out show at Le Poisson Rouge. Their new album 'Full Upon Her Burning Lips' is out now via…