The universal vibrations of Earth: an interview with Dylan Carlson

The 13th edition of Le Guess Who? Festival is coming up, featuring many wonderful artists with ringing names. One of those is the…

(via The Brooklyn Rail)

Adrienne Davies is one of two permanent members of Earth, a Seattle band formed in 1989 by Dylan Carlson and credited with inventing ambient metal—a contradiction that caught on and evolved into the doom genre associated with groups like Boris and Sunn 0))). When Earth re-emerged following Carlson’s recovery from addiction after 2000, his guitar playing confessed a tender spot for the gothic moments of American country music. In its second life, the band evoked the cinema of Ennio Morricone, the hypnotic savagery of Cormac McCarthy’s Blood Meridian, any Western with a sad and bloody ending. As striking was the addition of a new drummer in a band known to use machine programming in lieu of live percussion. With her unnatural restraint and stark rhythm patterns, Davies enhanced Earth’s geologic pace. Earth has since continued to expand on its meditative approach to hard rock, but 2019’s Full Upon Her Burning Lips promises an outlook sunnier than what the band’s followers have come to expect. On a recent tour, Davies spoke with me about the new album, her hybrid drum kit, the physical and mental challenges of playing at glacial tempos, and Earth’s fanbase—including a few doom-loving domesticates 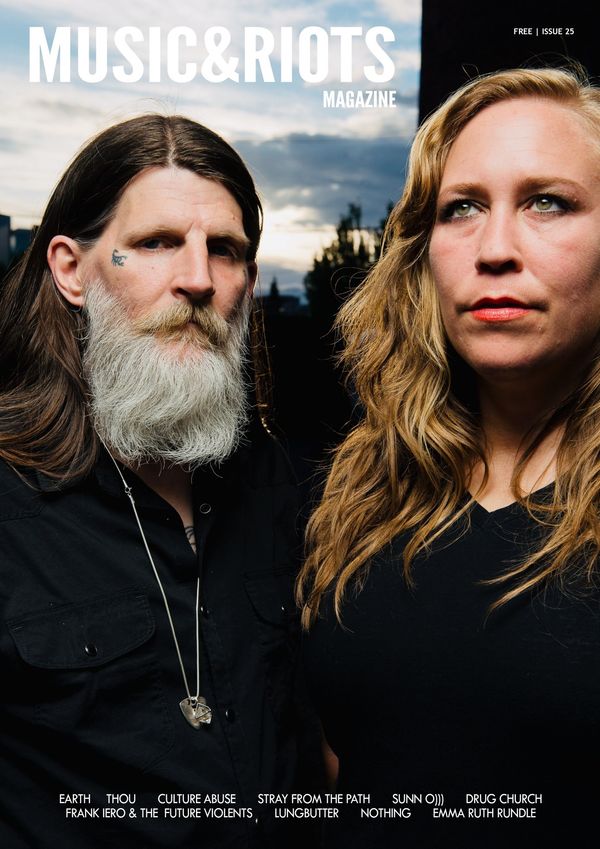 Ghost Cult caught up with guitarist Dylan Carlson and percussionist Adrienne Davies Earth in New York City recently before their sold-out show at Le Poisson Rouge. Their new album 'Full Upon Her Burning Lips' is out now via…

Seattle experimentalists Earth have long dabbled in drone-inflected sonic minimalism. Over the course of their 30 years – and their eight studio albums – they've explored new musical territories and influenced a legion…

Full Upon Her Burning Lips by Earth is the ninth studio album from the Washington based band founded by Dylan Carlson in 1989. Their latest release sees Carlson playing guitar and bass alongside Adrienne Davies on drums and percussion. Out through Sargent House on May 24th, Full Upon Her Burning Lips is a transcendental journey with stripped down melodies, a rich landscape of sensual instrumentation, and gritty atmosphere of sound.

The album begins with “Datura’s Crimson Veils,” a slow-burning twelve-minute opener. Earthy ambience permeates the ether on this track. “I limited the number of effects I used,” Carlson said in a promo. “I always like the limiting of materials to force oneself to employ them more creatively.”

Adrienne Davies’ easy, simply playing “Exaltation of Larks” propels the motion forward on this track. “I really wanted the drums to be present,” Carlson says. “I felt with previous Earth records that other instrumentation took up so much of the sonic space that the drums were kind of pushed to the side.”

Earth will be headed to Europe this fall in support of their most recent album, "Full Upon Her Burning Lips". Tickets available now at thronesanddominions.com

In this too often self-obsessed superficial age when the trivial and the frivolous frequently take precedence over more intimate and meaningful things, how wonderful it is that we have at least got Earth to elevate us above the slime.

"There are very few bands in which the drummer has such a distinctive style that becomes irreplaceable. Adrienne is one of those drummers, a unique musician, a leader and the spine of one of the most unique bands ever to… 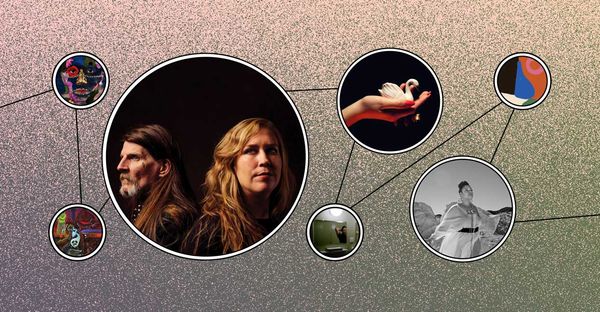 Earth – Full Upon Her Burning Lips

Earth’s latest is a record that feels curiously intimate and subtly powerful, with as many plainly beautiful parts as hazy, evil-sounding ones. Though the pacing is…

The minimalist drone-riff masters pare away excess and focus on the seismic repetition that made their best work so resonant, creating a new peak in their long discography.

“I would hear riffs from bands that I liked, and I’d want them to keep playing that riff,” Dylan Carlson recalled recently. “I was always wondering what would happen if you just stuck on that one riff.” That such a simple idea could spawn a varied, lasting musical career seems impossible. Yet over three decades, Carlson’s band Earth have crafted a rich discography by doing just that. Early on, they stretched single chords into minimalist epics—inspired equally by La Monte Young and Black Sabbath—to coin a drone-metal style later perfected by descendents Sunn0))). But even as Earth’s sound has grown since returning from a late ’90s hiatus, Carlson remains infatuated with the power of repetitive riffs. 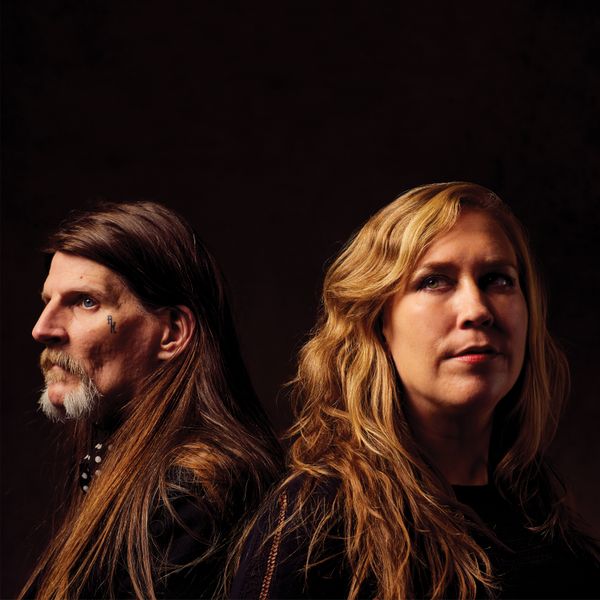