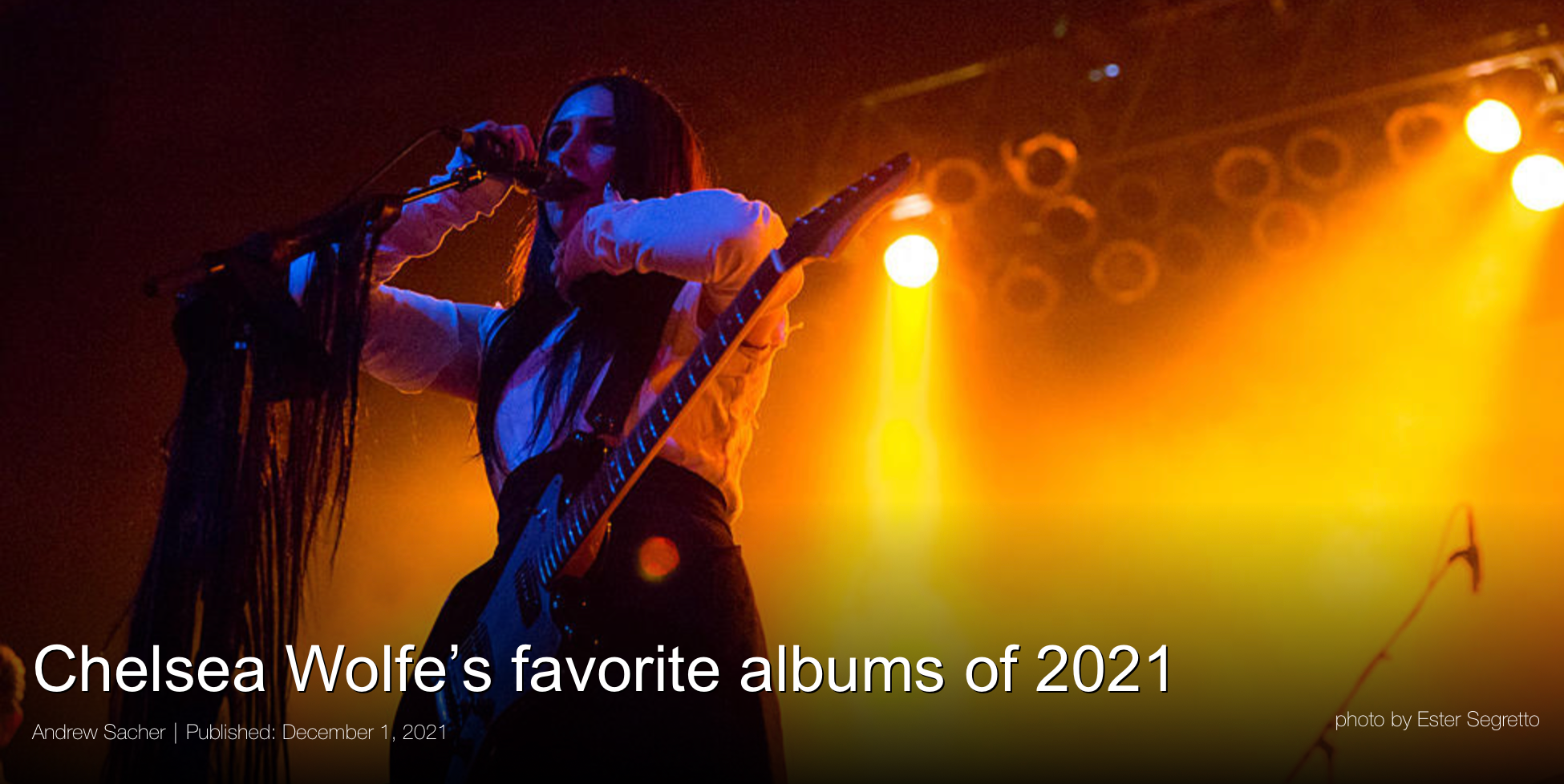 It's been a busy year for Chelsea Wolfe, who released a collaborative album with Converge and Stephen Brodsky, a two-song solo single (Joni Mitchell cover included), another new song called "Diana" (from the Dark Knights: Death Metal soundtrack), a collaborative song with Emma Ruth Rundle, and appeared on the new Xiu Xiu duets album and Roky Erickson tribute album.

With the year coming to a close, we asked Chelsea what her favorite albums of 2021 were, and she made a list that includes her recent collaborator Emma Ruth Rundle and past collaborators Deafheaven, plus Lingua Ignota, Low, Full of Hell, Gatecreeper, Alessandro Cortini, Wardruna, Divide and Dissolve, King Woman, Eartheater, Mdou Moctar, Wolves in the Throne Room, Moor Mother, Blackwater Holylight, The Armed, and more.