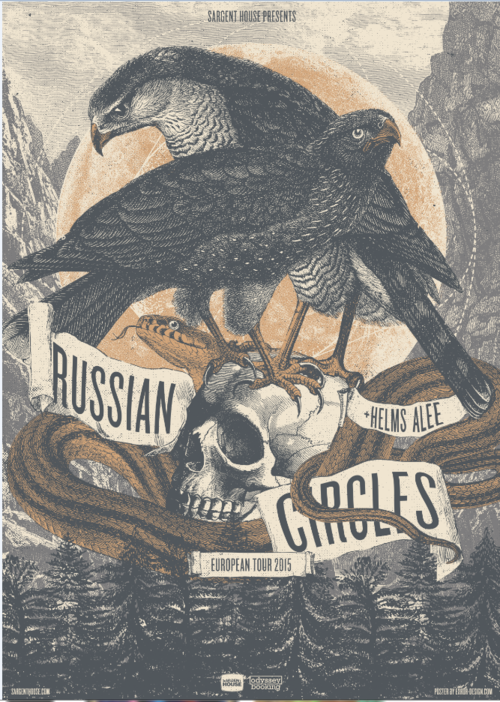 Russian Circles will be bringing Helms Alee with them to open on all their European tour dates starting March 31st - May 3rd. This tour will be incredible so don’t miss it. See all dates and details HERE and below: 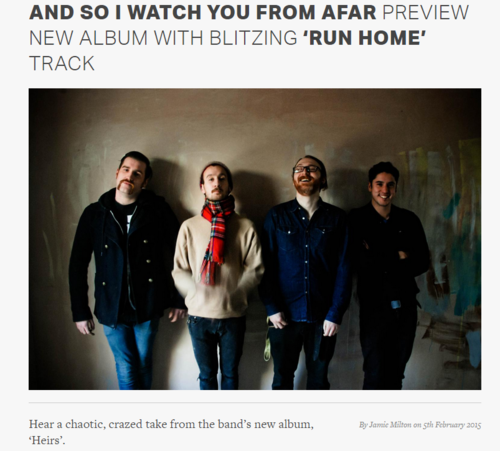 This May, Belfast four-piece And So I Watch You From Afar release their new ‘Heirs’ album on Sargent House. Their fourth LP, it’s being led with the mind-flowingly triumphant ‘Run Home’, a track so pumped on adrenaline… 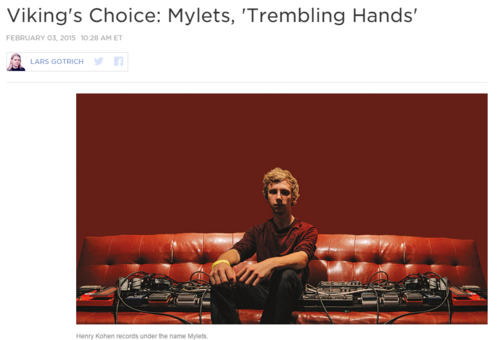 Watch just about any video where Mylets’ Henry Kohen is performing his guitar-looping one-man-band wizardry live, and it’s like that one scene in Back To The Future III when Buford “Mad Dog” Tannen shoots at the floor, yells… 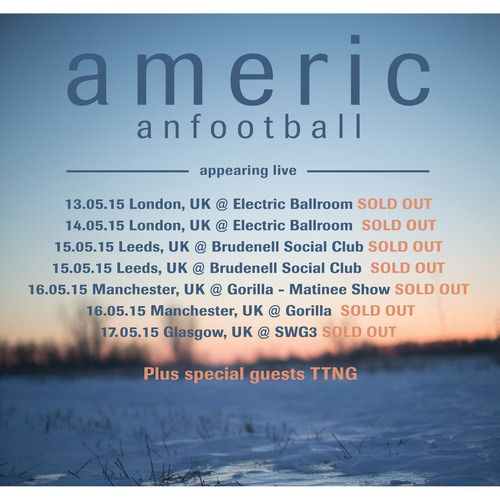 TTNG have been announced as support on all of the American Football  dates in the UK on their sold out run in May. Lucky ticket holders you are in for a double treat! 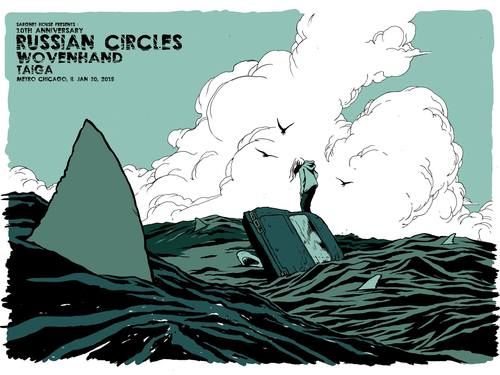 Show of the decade! Russian Circles return home from playing shows in honor of their ten year band anniversary. The final of these shows will take place in Chicago on January 30th at the Metro. Special guests on the… 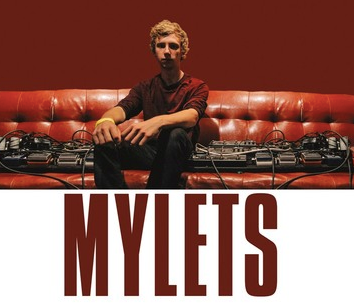 Mylets has a new album coming out on April 21, 2015 called Arizona.   He will head over to Europe in support of the record with Sargent House label mates, And So I Watch You From Afar who will also… 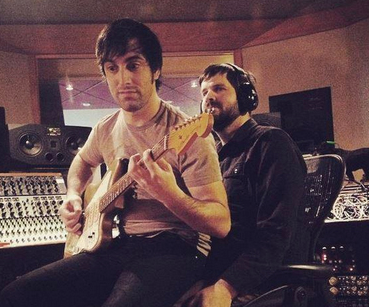 "We’re cheating here a bit since this band just finished basic tracking with Kurt Ballou at God City studios in Salem, Massachusetts, but let’s go ahead and sneak ‘em in. Mutoid Man are just like, a… 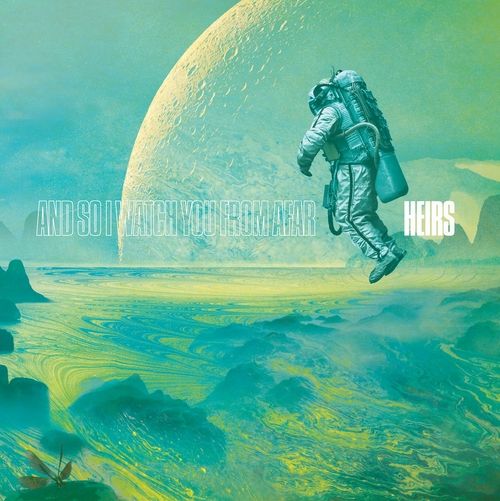 We’re excited to announce the release of Heirs,  the fourth full length studio album by And So I Watch You from Afar which will be released on May 4th via Sargent House. The band will also head out in… 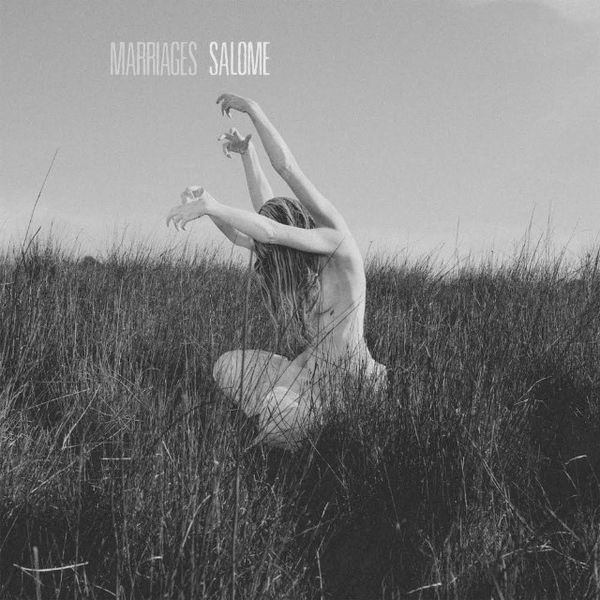 Red Sparowes were an excellent instrumental post-rock band in the vein of Russian Circles or Pelican, but they had one unusual structural flaw: Their guitarist Emma Ruth Rundle was also a fucking great singer. Who knew? I mean, I… 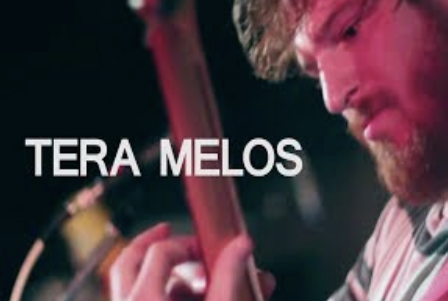 Hybrid descriptions of music are often a lazy way to avoid digging deep into a band’s musical qualities and, as often, inaccurate. But to call the music of Tera Melos’ Punk/Prog/Math/Metal/Ambient/Noise is necessary to cover all the ingredients of the band’s cut and paste style. What makes this ADD pastiche work where others fail is the depth of Nick Reinhart’s technique. His seemingly limitless command over both his guitar and the array of pedals at his feet, combined with the bloodletting energy he brings to the stage, make every musical digression compelling. I first met the man described as “Nels Cline’s younger punk rock brother” at the Earthquaker booth at NAMM, improvising up a storm, and finally got him to talk to Guitar Moderne. 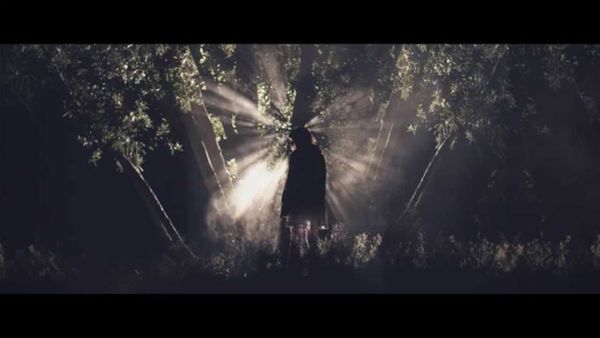 “Impressive showing this week for Emma Ruth Rundle as she wins this round of The Freshmen. “Arms I Know So Well” directed by Thomas McMahan will be added into full rotation next week. Congrats to Emma Ruth Rundle… 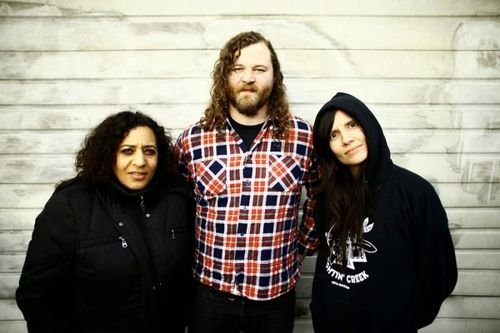 Helms Alee begin their tour on Friday, 1/16 in Victoria, BC - they will be joined by Marriages on all shows starting on 1/21 in Ventura, CA - see ALL Helms Alee show details HERE.

There’s a case to be made that Helms Alee’s third and latest album, Sleepwalking Sailors, might not be the best calling card for singer-guitarist Ben Verellen.

When he’s not on tour with the Seattle-based metal alchemists, the Tacoma-born musician runs his own business, building Verellen Amplifiers. Naturally, those amps are used by Helms Alee, which also includes bassist Dana James and drummer Hozoji Margullis. What’s interesting is the way that, at various points on Sleepwalking Sailors, one is left wondering what kind of hopelessly trashed gear Helms Alee is using.