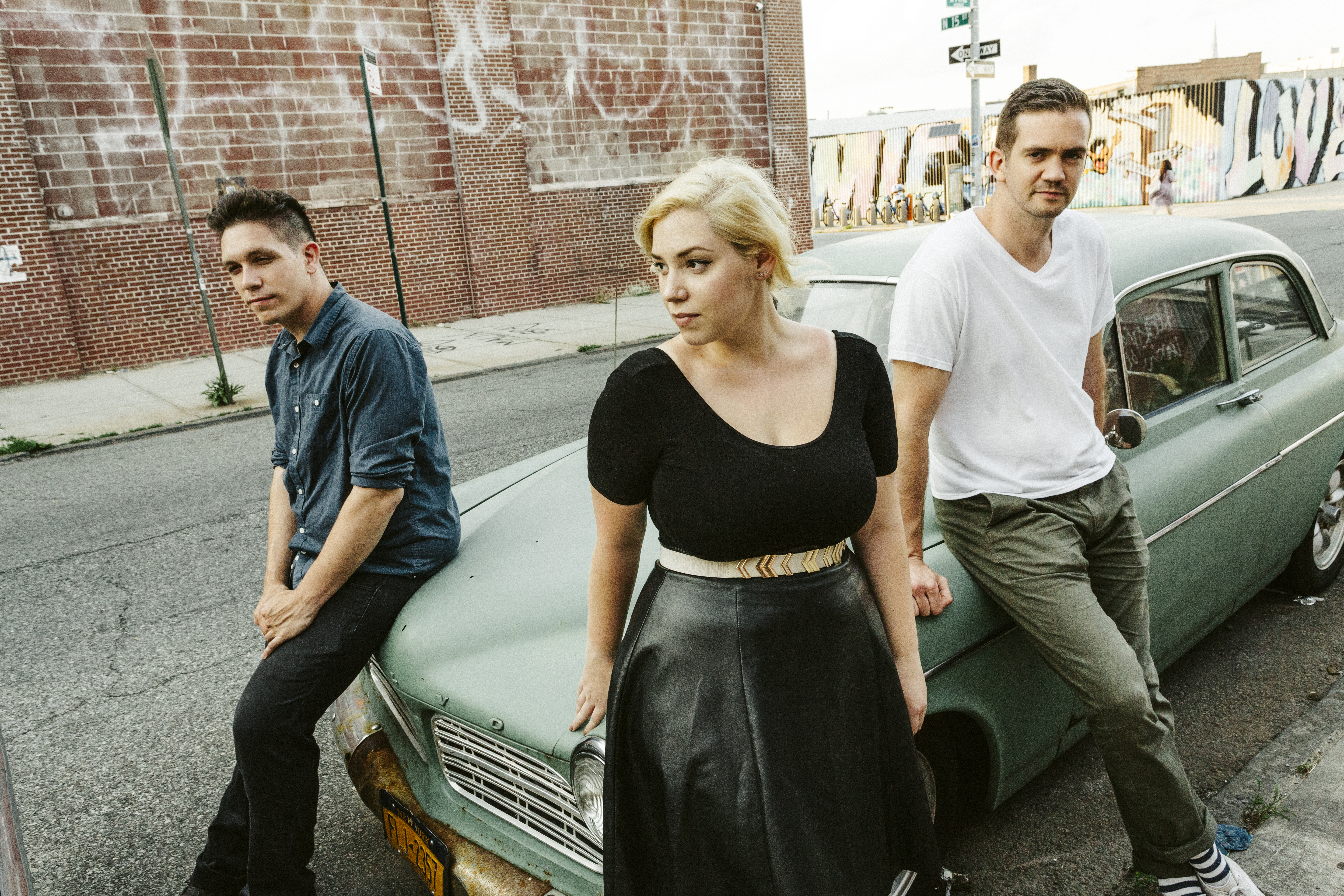 Empty Houses will be playing some US shows supporting Aaron West & The Roaring Twenties in March. Additional support from Dryjacket. All tickets available HERE.

Empty Houses – Daydream
From my review: “Ali Shea, where have you been all my life?… The Shea-led, Detroit-based, retro-pop trio never fall short on the soul or passion of their hometown throughout this 10-track effort. That’s not to say that this is simply a throwback to the Motown sound of the 50s or 60s – though the inspiration is clear – this album spends it’s fair share of time in 2016, deftly weaving back and forth.”

(via Emo At Heart)

“Throwback pop” is such an overused term at this point that albums fitting such a template are no longer revolutionary—they’re merely expected. What follows? A little bit of fame and maybe some NPR exposure, the artist goes on to play some sizable halls and festival billings, mild applause, we usually don’t hear from them again, the world keeps a-spinnin’. How lovely it is, then, to see Detroit’s Empty Houses come out of nowhere with an album as utterly unpretentious as Daydream. Bright, sunny, and thankfully stripped down, the piano-driven numbers of this trio evoke Carole King one moment, Motown the next, but all with their modern spin on song structures that we thought were forgotten to the sands of time. The group vocals on the title track transport you back to an earlier era, one of buying records on vinyl or cassette, dancing in the living room, and perhaps even getting your parents to join along with you. The real shocker is that this is a new band, out there right now, ready to recreate those moments for you in person. Don’t take treasures like this for granted.

Empty Houses have just announced their Holiday EP, to be released November 11th, 2016. Listen to the first track “Sleigh Ride” below.

The band will be playing at El Club in Detroit, MI on November 17th, with another show to be announced before the end of the year. Tickets and info available HERE.

Empty Houses’ early summer release, Daydream, is one of the warmest records of 2016; their Motown-inspired retro-pop, led by the splendid vocals of Ali Shea, will you having dancing wherever you are until the album’s 10 tracks come to an end all too early.

(via The Culture Trip)

New session & interview from Sessions From The Box

Empty Houses is a Detroit trio who dances with pop and flirts with Motown. We headed over to Portland Oregon’s Mission Theatre to record this live set. Click HERE to listen.

(via Sessions From The Box)

After the successful release of 2014’sOh, Common Life, Punk-Rockers David Mackinder and Adam Mercer of Fireworks shed their Rock outfit and enlist vocalist Ali Shea for a nostalgic Retro Pop sound in Empty Houses’ debut full-length release, Daydream. Driven by bright and playful piano lines with tinges of brass and synth, Daydream manages to be infectious and memorable without becoming too overstated or generic. Shea’s vocals are expressive and dynamic throughout the album; from the empowering breakup tune “Hold Your Hand” to the reserved piano ballad “Every Word,” she demonstrates her ability to match her voice to complement a number of styles and moods. That being said, it’s clear that the strongest points on this record are in the bouncy, bubbly tracks that just make you want to dance – and Daydream is an album that knows this, as it’s easy to feel the pure sense of energy that permeates nearly every song. While it is possible for this to become overwhelming or repetitive at some points, Daydream does an excellent job at conveying a single underlying tone in several different ways. The contrast between the swaying and subdued “Lost At Sea” compared to the bass-heavy “Falling Away” is an example of this. Overall, Daydream brings to the table a collection of sounds that lifts the spirits and give the listener a chance to sit back and reflect on times past; a record released just in time for the summer.

Name: Empty Houses
Based In: Detroit, MI
Sounds Like: Fitz & The Tantrums go to Motown

Staggering between modern and classic, Empty Houses is the latest and greatest retro-soul band to emerge from the storied music hub of Motor City. Following the dissolution of Detroit pop-punk act Fireworks, members Adam Mercer and David Mackinder joined forces with singer Ali Shea to solidify the ultimate rock-pop trio. With an array of instrumental abilities and a colorful vocal range, the band brings forth an infectious and charming feel-good vibe anyone can dig. Having released their increasingly-acclaimed debut full-length, Daydream, earlier this summer and we expect they’re headed for big things in the coming year.

Ali Shea looks at her publicist, who she met for the first time not five minutes ago, and shrugs as she poses for a photo with her band, Empty Houses. “What am I supposed to do with my arm?”

Shea is new to doing photoshoots and interviews. Hell, she’s new to being a musician. The band has only played two shows, and is scheduled to play their third in a couple of hours just a few blocks away in a Brooklyn warehouse. Their debut album is about to be released and she and her two bandmates are excited about the buzz around it. But it’s not the press that’s got them optimistic. It’s a few new fans they’ve picked up.

“My grandma is very excited for ‘the disc,’” Shea tells me.

“Yeah, my parents like this stuff,” adds Adam Mercer, who plays keyboards. “And my grandparents, which is new for me.”

For a decade, Mercer and guitarist David Mackinder played in the pop punk band Fireworks together, and, although they amassed a fairly substantial following in their scene among the types of kids who dig New Found Glory, their music got no love from their respective families.

“My mom hated Fireworks. For ten years, she hated Fireworks,” laughs Mackinder. “Now, she listens to Empty Houses and says, ‘Finally, something with a good beat!’”

Empty Houses’ music has a familiar pop sound to it, like every feel-good hit song since the 1960 smashed into one. No longer reliant on distortion pedals and moshy sing-a-long choruses, Mackinder and Mercer have a new arsenal of instruments—pianos, horns, bells—giving them a more expansive sound. And it’s all tied together by Shea’s classic, powerful voice. It’s a formula that, beyond winning the love of grandparents, seems destined for late night show performances and festival success. But above all, it’s a combination that just makes you feel good. Whatever magic it is that makes a band special, that makes you say, “yup, that’s it,” they’ve got it.

“Ali’s sound offers a wide variety of arrangement ideas, but we never wanted to do anything that took away from her voice,” says Mackinder. “There are a lot of fun tricks in retro music—clever horn lines, or walking bass, or claps—but the emotion you capture vocally is what makes a song pop. It’s what makes you really feel it.”