UNDER THE INFLUENCE WITH BEN VERELLEN FROM HELMS ALEE 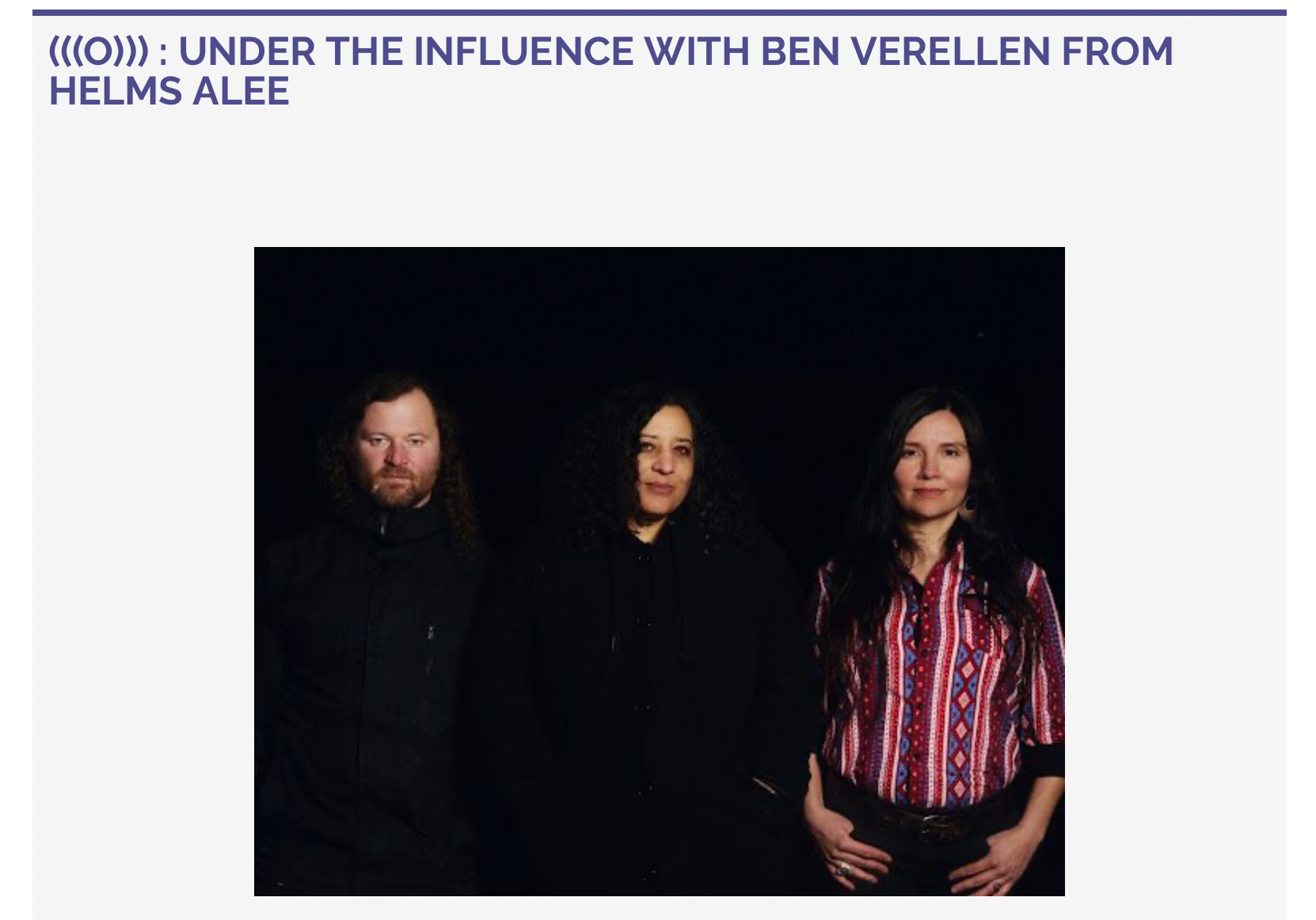 On April 29th Seattle based three-piece Helms Alee will release their new album Keep This Be The Way on Sargent House. Across the span of their first five studio albums, the trio zeroed in on different aspects of their sound – a blend of lilting siren songs, crushing Northwest thunder and sludge, angular econo-rock, and heady guitar pop while retaining their no-frills, meat-and-potatoes approach in the studio. But with this Helms Alee have expanded their palette by delving into the production possibilities afforded by recording the album themselves, creating their most dynamic and technicolored work to date.