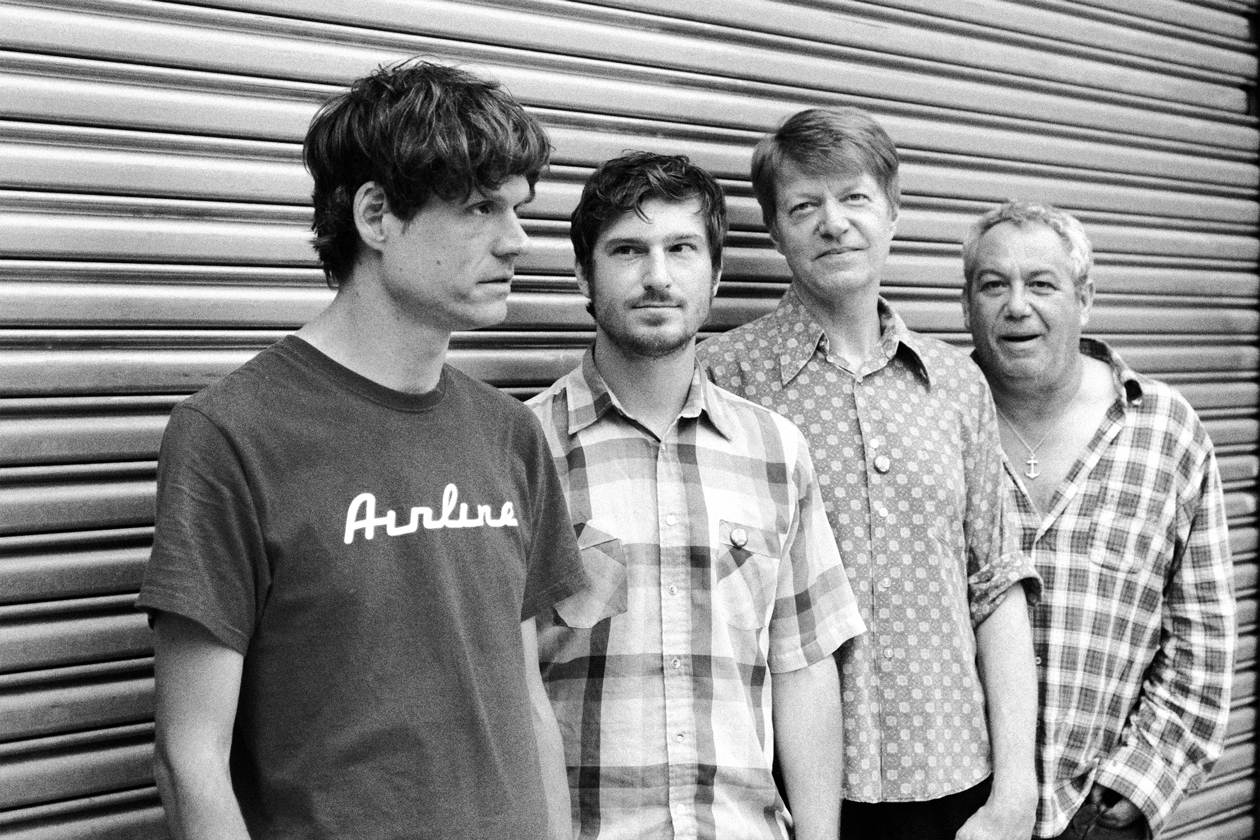 Some things take a while.

Watt’s most recent project, Big Walnuts Yonder, is a case in point. The ensemble—an alternative supergroup of sorts—features Watt on bass, Nick Reinhart (Tera Melos) and Nels Cline (Wilco) on guitars, and Greg Saunier (Deerhoof) on drums. The project was years in the making, from inception to realization, and given the busy touring and recording schedules of the parties involved, it’s amazing it ever came together at all.

But it did, and praise the heavens, what a joyful noise it is. From the faux James Brown guitar breaks of the album’s opener, to the free sounds of “Flare Star Phantom,” to Cline’s righteous Beatles’ Revolver-era solo at the end of “I Got Marty Feldman Eyes,” Big Walnuts Yonder is a feast for the ears. For pedal geeks, it’s even better. Reinhart and Cline had about 70 pedals between them, according to Watt. (On the other hand, he plugged straight into an amp.)

The project started with a conversation between Watt and Reinhart while on tour. “My band, Tera Melos, crossed paths with Watt and his band, the Missing Men, in Ireland,” Reinhart says. “We were playing a show together in Dublin and were hanging out backstage. Whenever you’re sitting around with Watt, you just have questions for the guy. He’s a legend. He told us Black Flag stories from the SST days. Hearing about the Minutemen and that whole world is really exciting for guys my age, in our mid-30s, who grew up on that stuff. I asked him about his record, Contemplating the Engine Room, which Nels plays on. I mentioned the song ‘The Boilerman’ because the guitar in that song is so ripping and crazy. I’d never heard guitar like that over that kind of music. I said, ‘Man that must have been crazy, Nels ripping over that.’ And Watt’s response was, ‘You want to know Nels? You’ve got to play with Nels.’ Then he said, ‘Let’s start a proj.’’’

“I’ve really gotten to the point where I’m not into genre any more. Music is music.” —Mike Watt

Proj is Wattspeak for project. Other terms include booj for bourgeois, leash for cellphone, and spiel for story. “Watt created this band in front of our very eyes,” Reinhart continues. “He said, ‘You, me, Nels …’ He asked me to find a drummer. I just blurted out, ‘Greg Saunier from Deerhoof would be a really neat addition to that.’ He immediately agreed, emails were sent out, and it basically took—I’m fuzzy on the dates—but it took maybe two years to get everyone’s schedules lined up and for a recording date to be set.”

But the Cline-Saunier connection runs deeper than Reinhart imagined, Watt explains. “Nick said, ‘How about Greg Saunier from Deerhoof?’ Well, that’s a trip because maybe 17 years ago, the first time I saw Deerhoof, it was Nels Cline taking me and introducing me to Greg Saunier. See? It’s all about people. Like most stuff in the world, it’s people. To me, that’s the most genuine connection. Not genre, not names, not all this other stuff that’s kind of surface. It’s people.”

Big Walnuts Yonder was a collaborative effort, though Watt provided most of the material for the band’s eponymous album by circulating rough sketches of his compositions played on bass. “The plan was, I’ll write eight songs, Nels will bring in a song, and Greg will bring in a song,” Watt says. “Now, I’ve done this a bunch of times. Nels loves it because—springboards, launchpads—that’s what he looks at. A lot of people, you give them just the bass and they’re like, ‘What?’ It’s like writing it on cymbals or kick drum. But for Nels, there’s a little direction, but it doesn’t have all that harmonic content that maybe a piano or a guitar has. He digs it, big time.”

What follows is a discussion with Watt and Reinhart about the origins of this project, the gear they used to record Big Walnuts Yonder, über-geeky pedal talk, and a plethora of other fun and interesting nuggets. The interviews were conducted via phone and Skype. Watt was in Shaker Heights, Ohio, with his band, the Jom and Terry Show, finishing up a tour with Meat Puppets. Reinhart was in Northern California visiting family and preparing for an upcoming tour with Tera Melos.

Nick, the point of this project was to get you to play with Nels. What was that like?
Nick Reinhart: Incredible. I mean, that guy, he’s like a wizard. Mike had these compositions that he sent over my way. I sat there and listened to them. I was nervous, like, “What am I going to bring to the table with these three legendary dudes?” Legendary in my book and obviously in a lot of other people’s books, too. I hunkered down and really put all this mental energy into it—not knowing what Nels or Greg would bring to it—and I came up with these guitar parts.

Email chains in this band are so crazy, because these guys riff on each other. Watt will make an obscure reference to some obscure bass player that played on a jazz record in the ’70s. That would get these guys going and it revs up hard. The email chains got really, really long and convoluted. You’re basically deciphering what is happening in this email chain, which makes the communication in this band—for me—a little difficult. I’m like, “Wait. Where isthis going right now? This is crazy.”

I didn’t know what was going to happen when we got into the studio. Watt and I had sent over these ideas, these compositions we had. But Greg and Nels are constantly on tour and I don’t know if they ever sat down with the material. I definitely know they checked it out, but I don’t know to what extent. When we got to the studio, Greg and Nels said, “Let’s pick one. You guys show us how it goes and we’ll jam it.” We would play together for 15 minutes and you could see the magic in Nels’ brain and hands working right before your very eyes. That was crazy. The stuff he would come up with was like, “Boom. That’s it.” Right there on the spot. It was incredible just seeing it appear that way.