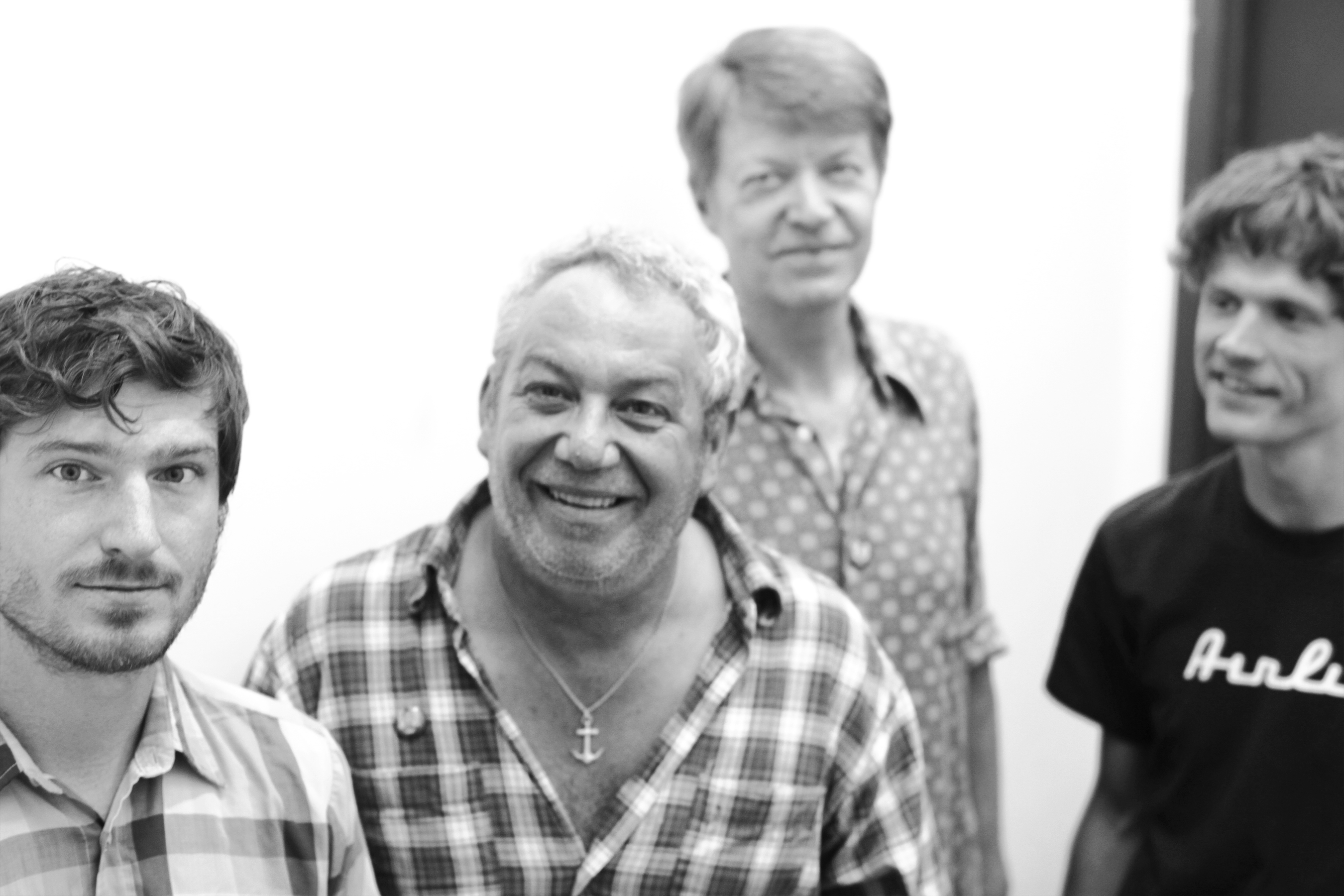 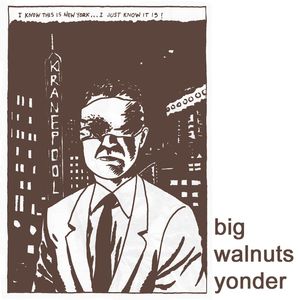 Four exceptional musicians whose work spans multiple genres and generations, Big Walnuts Yonder is a monumental endeavor that’s more than the sum of its parts. The results are a truly epic album defying categorization, where one might hear elements of proto-punk, free jazz, power pop, experimental music, psych-rock and your first teenage acid trip all in one.

The impetus for Big Walnuts Yonder came about way back in 2008 from a conversation between Watt and Reinhart while their bands toured together in Japan. The two discussed recording together and who they might bring in to the sessions. “Nick gets ahold of my first opera,” Watt explains. “Made in 1997 with Nels Cline. He said ‘what’s it like playing with Nels?’”

“So Watt says, ‘if you want to know the man, play with the man,’” Cline elaborates. Cline agreed to join if Reinhart picked the drummer. Reinhart quickly mentioned Saunier, unaware that Cline had previously brought Watt to see him perform at a Deerhoof show years before. “Greg immediately came to mind,” Reinhart says. “His drumming has highly influenced my guitar playing over the years.” The lineup solidified in its mutual appreciation and they began making plans to write and record — while circumnavigating the schedules of 4 extremely busy musicians. “We had planned it for so long,” Saunier says. “Then several years passed in which nothing occurred due to everyone’s schedules. It was 2-3 years of warm, leisurely prep time, then suddenly made in a panic with time and money on the line.”

Prior to recording, Watt sent the band demo recordings of 8 song structures of just him playing bass, unaccompanied. (Cline and Saunier also later brought 1 song each to the session, to which the band contributed their parts, making the album 10 songs total.) Reinhart worked out guitar parts to fit Watt’s riffs and the two traded files back and forth. “I’m pretty sure the other guys didn’t have parts set before going into the studio,” Reinhart says. “Maybe we hadn’t discussed what we would do. But it’s interesting how a lot of the songs began as Mike Watt basslines, and everyone was able to pull songs and melodies out of them.”

The album was recorded in just 3 days in summer 2014 in Brooklyn, NY with producer and former Pere Ubu bassist Tony Maimone engineering at his Studio G. “It was this concentrated sort of freakout,” Saunier says. “We basically had to invent a new band on the spot. And, people might have a stereotype of what each person does, but we all showed up to do what we’re prevented from doing in other groups.” The band would play through each song a couple of times to make up parts, then hit record. “Nels can improvise with anything,” Watt notes. “It was trippy to watch the huge pedal dance! Both those guys have like 35 pedals each. And, Greg’s not just a drummer man, he’s incredible.” The album’s 10 tracks were recorded primarily live with very few overdubs. Although Big Walnuts Yonder was created under somewhat spontaneous circumstances, the group endeavored to ensure the album wouldn’t sound like a jam session. “It was very clear among us,” Saunier notes: “Let’s not overindulge and make it a ‘musician’s recording’.”

It wasn’t until many months later that vocals were added to the songs, with Reinhart recording vocals to 7 songs and Watt singing on 2 tracks at their home studios. “It was actually a surprise that it ended up having vocals on it,” Cline admits. “But it added a layer of accessibility that I didn’t expect.” Saunier, a revered producer in his own right, volunteered to mix the album — a fact that the other 3 musicians each express as a major boon for the album. Saunier was able to take his time to mix each song very differently from the others. This, too, gives the album the unique feel of all rock history condensed into a single explosive, compelling whole.

As Watt and Reinhart note, the 30-year span between the ages of Big Walnuts Yonder members is also a contributing factor to its magic. And, likely a key to the band’s iconoclast sound. “That’s insane playing and connecting with someone who’s almost 30 years older than me,” Reinhart says. “Observing how these dudes are just hammering away so much later is inspiring. They’re still learning and exploring.” Watt adds, “it’s interesting that people are much more open-minded now. We were all just trying to be adventurous with music.”

Asked how he might describe Big Walnuts Yonder, Cline succinctly nails it on the head: “It’s sick. It has an extreme quality and kicks ass.”

Big Walnuts Yonder features a cover illustration by the legendary artist Raymond Pettibon. The album will be available on LP, CD and download on May 5th, 2017 via Sargent House. 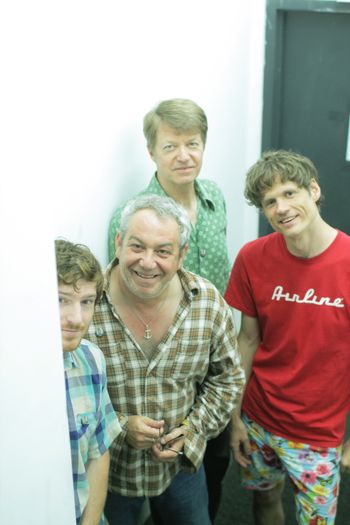 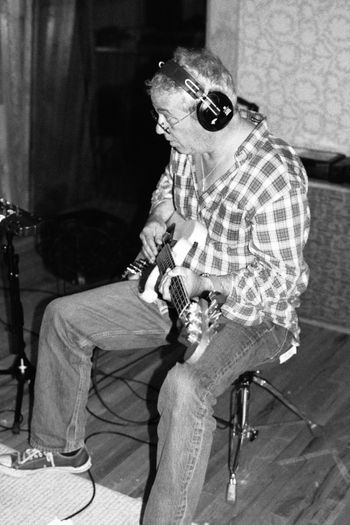 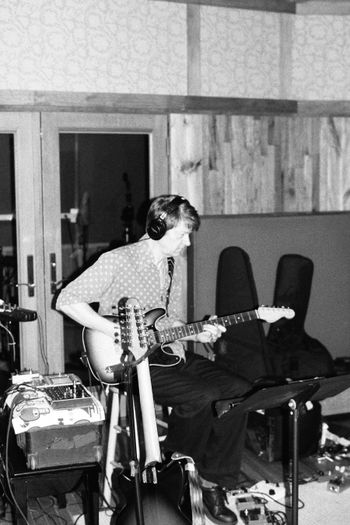 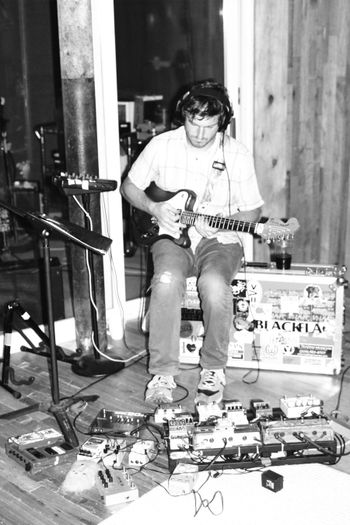 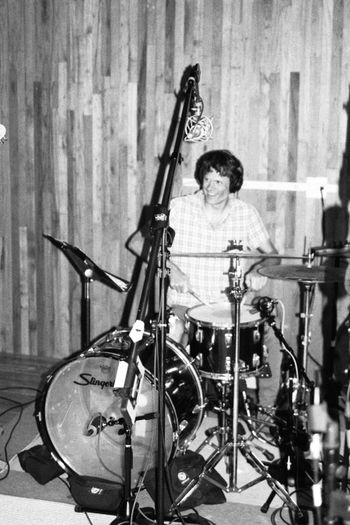 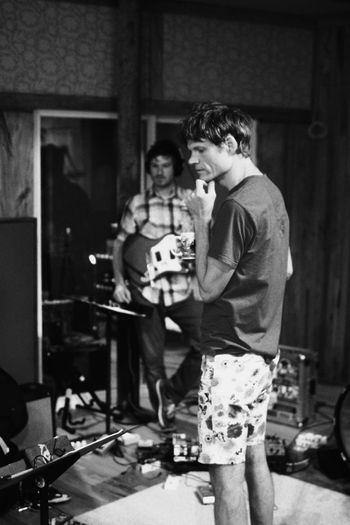 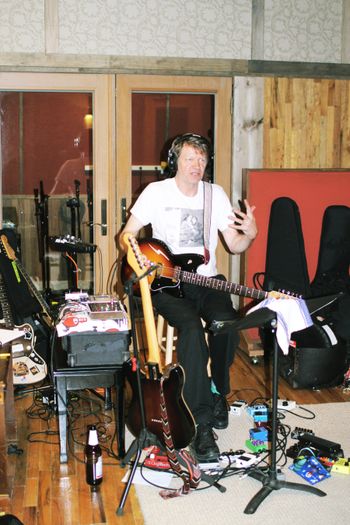 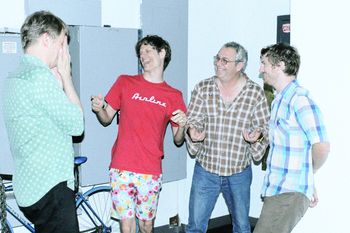 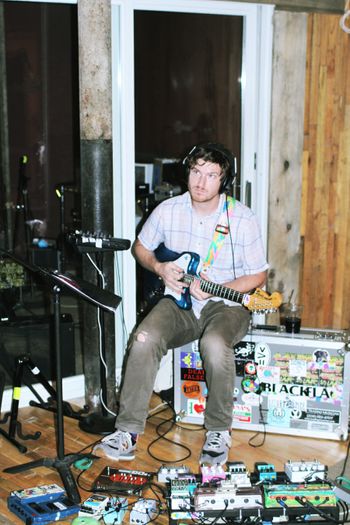