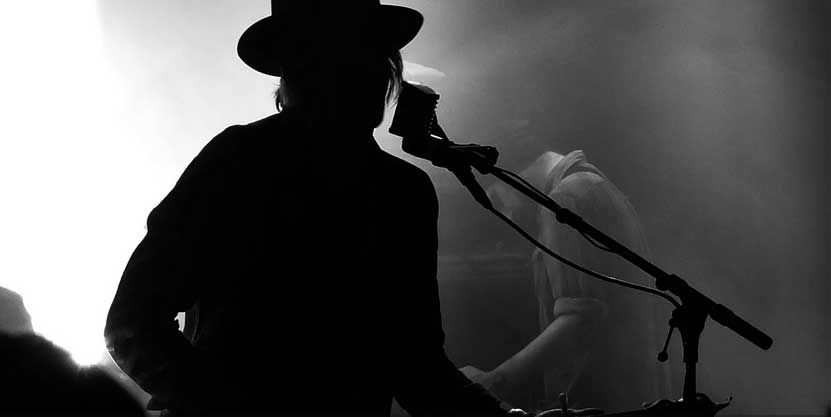 Wovenhand – Silver Sash (Glitterhouse) – There’s a dark brooding drive to the latest Wovenhand album, maybe if Scott Walker had taken on a (not so obvious) brand of slightly alternative hard rock? There’s a warm way with words here, Silver Sash is a little more than the background music that most things ultimately are, this is a rich album, an album that makes demands of the listener, the words crave your attention as does the warm music – evocative lyrics painting the scene – “galloping across the dry grass fields on a horse into the white bark forest”.   This is a full bodied sound rather than a heavy one – dense, detailed – feel the thickness of that sound, admire the way they’ve cut their rich musical cloth.

“Wovenhand is the musical project of enigmatic American singer-songwriter and guitarist David Eugene Edwards, formerly the front-man of 16 Horsepower. Silver Sash is his latest album due for release on 4th February 2022 via Glitterhouse. Silver Sash was created in collaboration with Chuck French of legendary American (post) hardcore outfit Planes Mistaken For Stars. Silver Sash follows the acclaimed Wovenhand albums Refractory Obdurate (2014) and Star Treatment (2016). Silver Sash was composed, recorded and produced in their homes in Denver by David and Chuck, along with engineer Jason Begin”.

Silver Sash sounds big, it sounds accomplished, more importantly, Silver Sash sounds different, if comparisons must be made then the aforementioned Scott Walker, a hint of Nick Cave, a far more dense Echo and The Bunnymen messing with the more adventurous side of Celtic Frost maybe? Nothing like any of that through, the richness of Michael J Sheehy, of Swans, of Gallon Drunk.  David Eugene Edwards has a warm voice, a big voice, his words are alive with dark colour, they work so so well within the composition, within the whole of these pieces. Dead Dead Beat is heavy, formidably so – so much depth here – digging a hole to the pit of our souls – this is a collection of brooding atmospheres, proper songs, a proper album, a full-bodied richly detailed that reveals more of those secrets with every listen.  Everything about Silver Sash feels big, ambitious, a group of musicians needing the challenging themselves – this is a painterly album, thick layers of oil paint rather than the rush of an acrylic-laden brush, evocative, a proper proper rock album and a body of work that demands you take it all in at once rather than bites of it grabbed off some streaming platform or other –  a proper album that needs holding, studying, admiring. Proper.  (sw)