Storefront Church
"As We Pass" 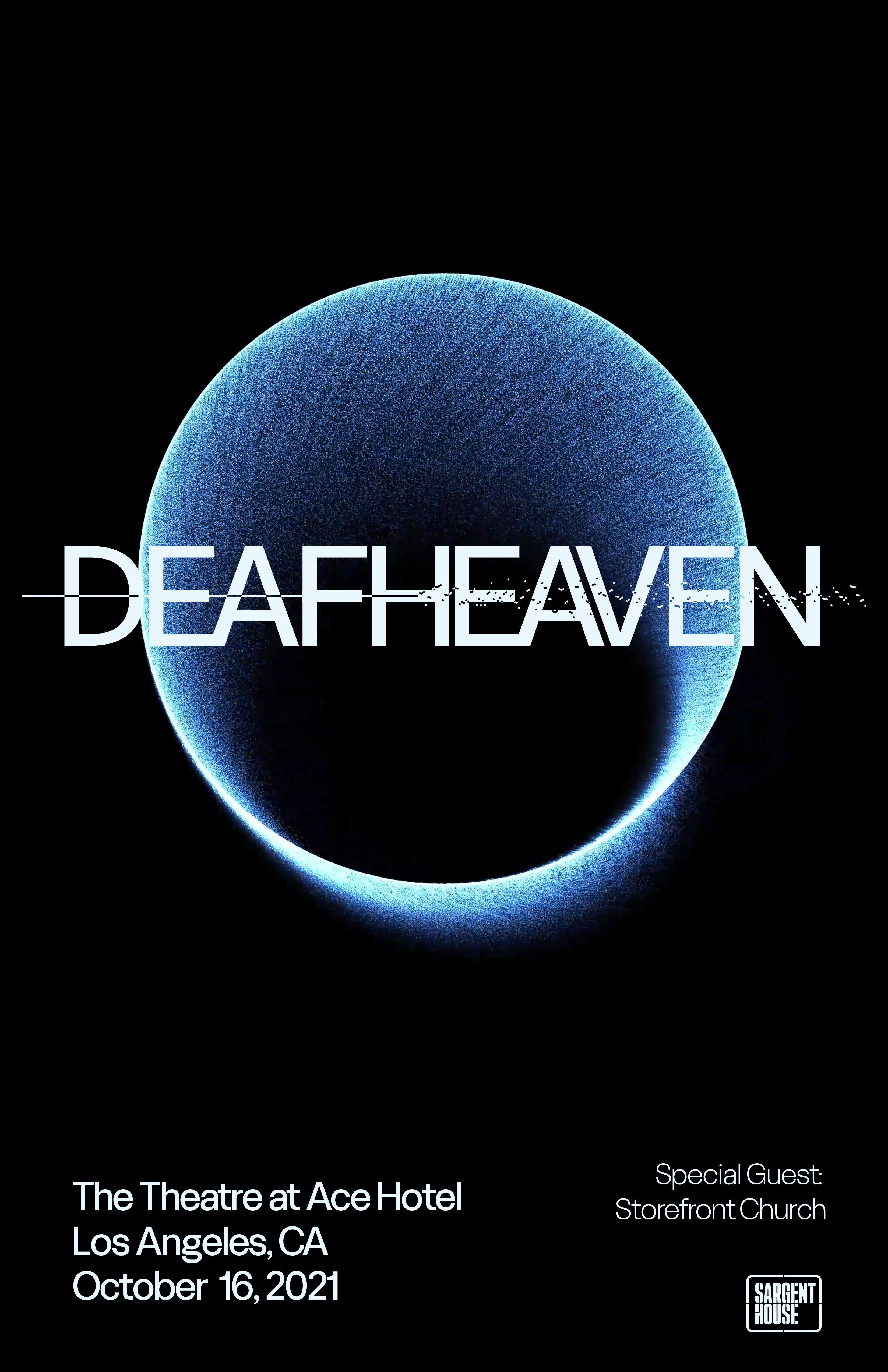 Storefront Church will be supporting Deafheaven this October 16th @ The Theatre at Ace Hotel in Los Angeles.  Tickets can be purchased HERE. 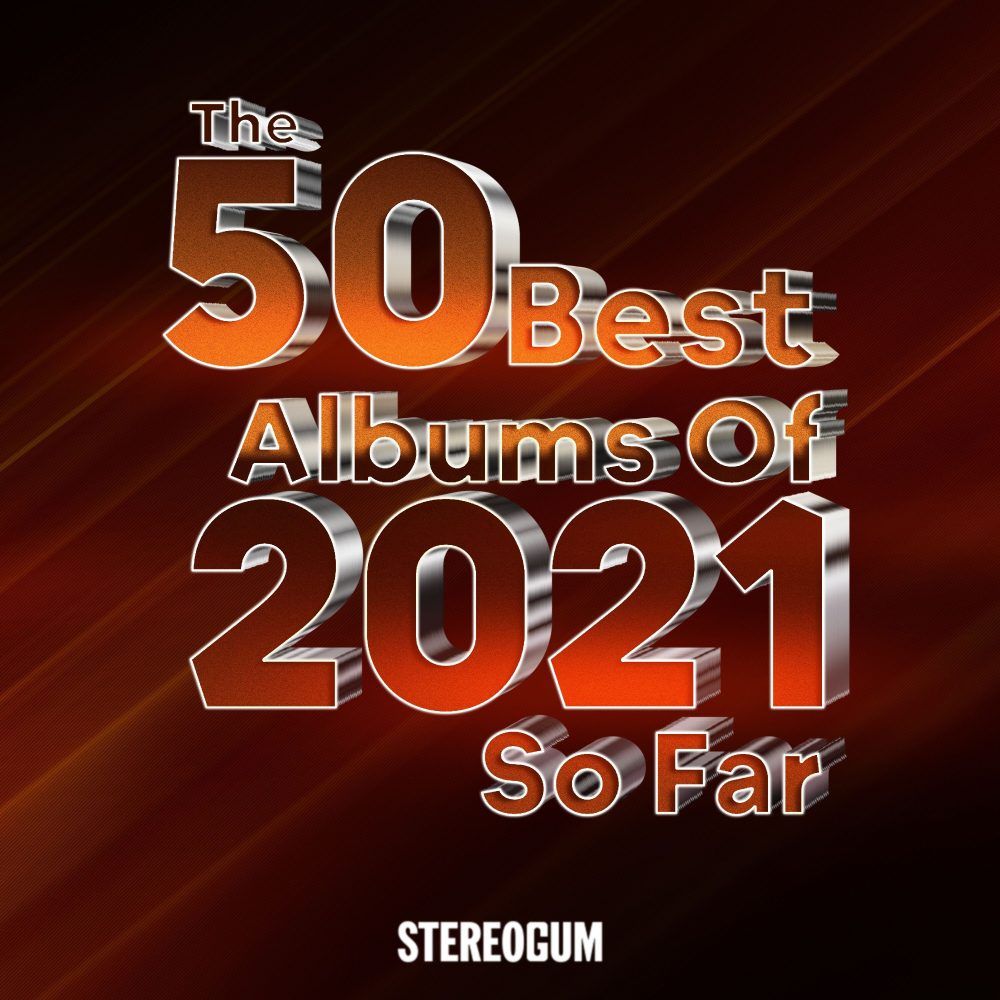 "Debut album As We Pass is expansive and ominous enough to fit in on Sargent House, but its heaviness is more emotional than sonic, like Thom Yorke washing up on Chris Isaak’s retro noir coastline." 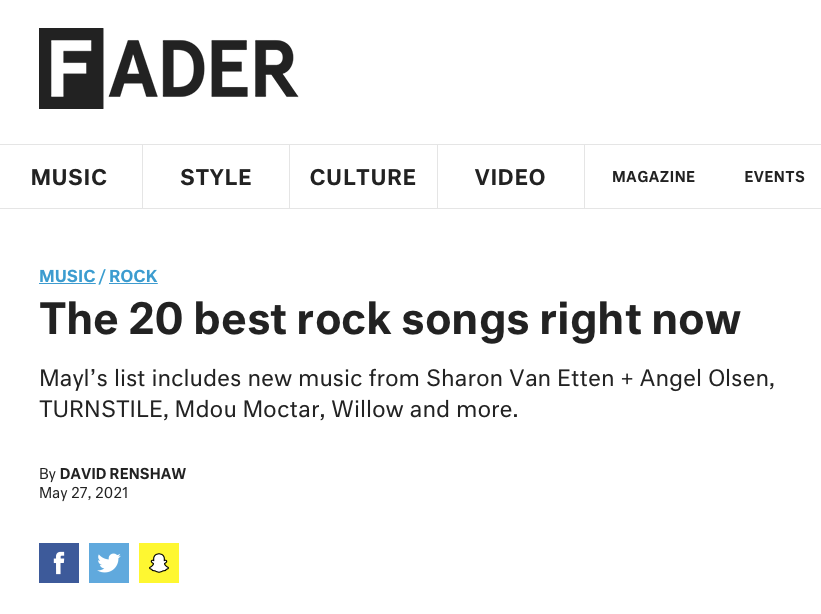 "Lukas Franks’ new album As We Pass oscillates between wiry post-punk and piano balladry, with “Us Against Us” operating firmly in the latter territory. A deeply melancholy song about red lights and impossible situations, “Us Against Us” is the sound of spiraling into the richest sounding of abysses."

Full feature via The Fader 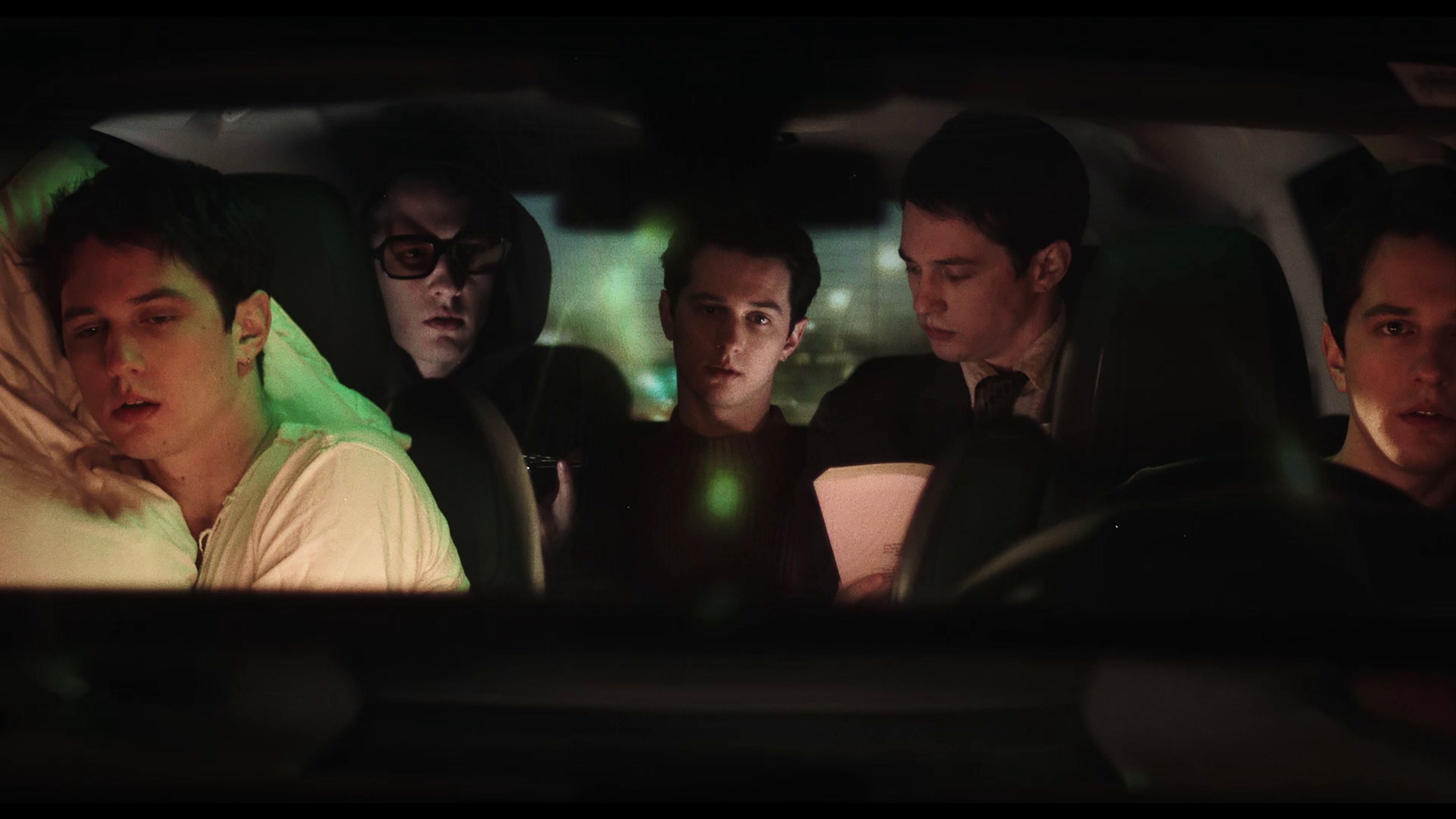 Lukas Frank, the 27-year-old indie singer-songwriter-musician also known by his band name Storefront Church, had an idea for a music video concept for his new single, “Us Against Us.” He’d been learning a lot lately about self-states, the psychology concept that posits that individuals take on or are made up of different personas, and he was particularly interested in a visual representation of that, especially if those selves were kind of annoyed with one another.

Full interview via The Hollywood Reporter 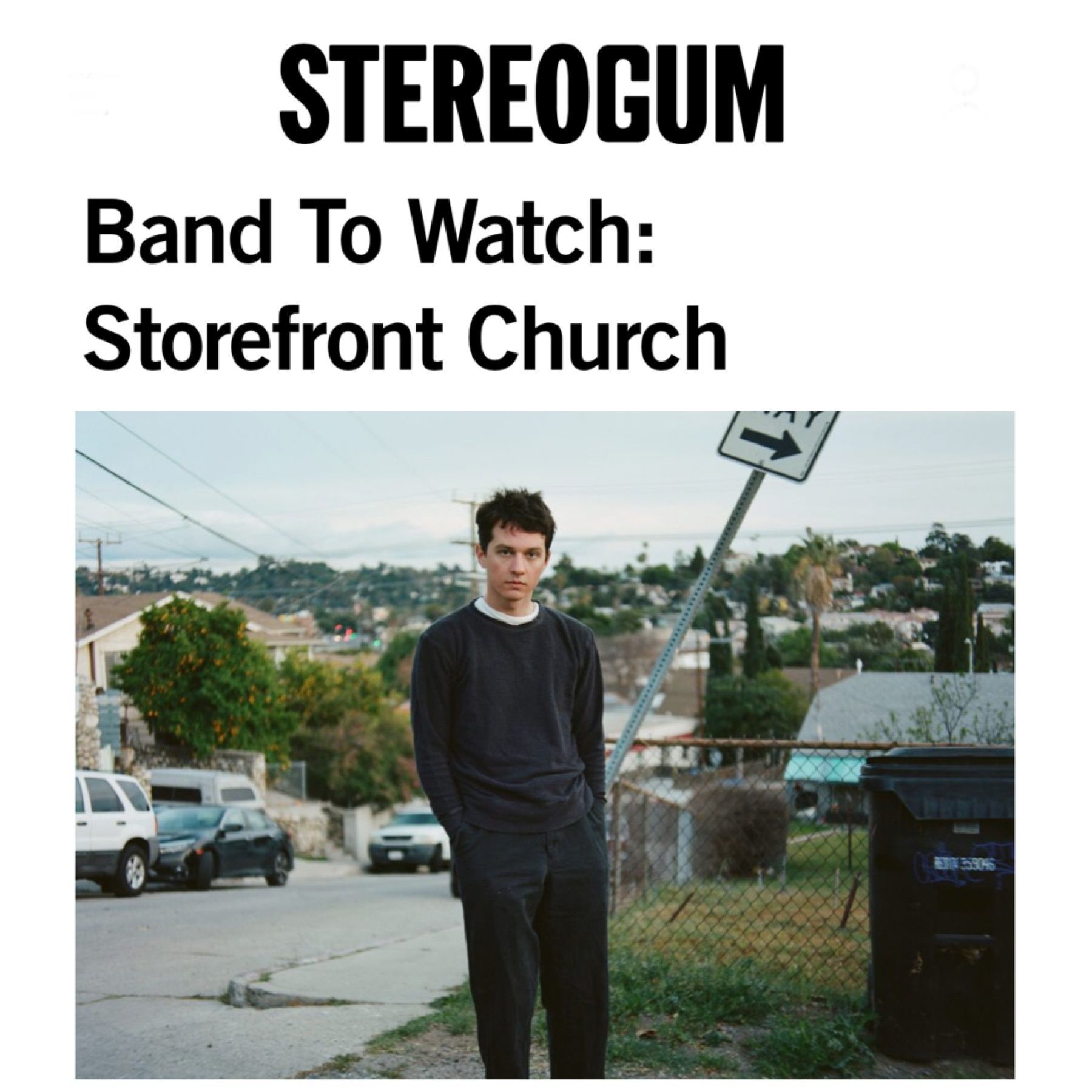 Lukas Frank is well aware that he only has so much control over the Storefront Church narrative at this point. The 27-year old doesn’t like the term “hired gun” and also admits it’s the best way to describe his role as a touring drummer for Portugal. The Man and Kitten prior to striking out on his own.

NOTABLE RELEASES OF THE WEEK: STOREFRONT CHURCH "AS WE PASS" // BROOKLYN VEGAN

Storefront Church is the project of Lukas Frank, who's drummed in Phoebe Bridgers' band and appeared on her albums, and the first song of his debut album As We Pass features DIIV frontman Cole Smith, but neither of those affiliations really prepares you for what to expect from As We Pass. It's a 9-song collection that's largely made up of bluesy, gothy, emo-y melancholic songs that sometimes sound like a cross between '90s Cure deep cuts and Nirvana Unplugged. (Lukas also cites Scott Walker as an influence, and you can hear that too.) Most of the album is bare-bones and somber, but Lukas also revs things up for the noise punk of "Faction from Under the Grove," and that fits right in too. With As We Pass, Lukas enters a long, line of depressive singer/songwriters, but even with over half a century of music like this, something about Lukas stands out. He grips you right off the bat with album opener "After the Alphabets" -- the kind of song that can make you drop everything and listen as soon as his voice comes in -- and the album stays that compelling throughout. Even with connections to established artists and the great Sargent House label behind him, this doesn't feel like the smash arrival of a hot new buzz artist; it's the subtle arrival of a songwriter whose songs creep up on you and knock you out when you're least expecting it. Usually, that's even better.

Storefront Church: As We Pass

The darkly beautiful debut album from Lukas Frank’s Los Angeles-based rock project Storefront Church, As We Pass finds Frank leading a team of 20+ collaborators, performing and co-writing alongside DIIV frontman Cole Smith and guitarist Waylon Rector (Phoebe Bridgers)—it’s that sense of fellowship that empowers Frank to face the fact that everything ends, even titling his album for the act of moving on. “The past is just a tale I tell myself,” Frank sings over the placid guitars of “Total Stranger,” his deceptively powerful vocals evoking any number of singer/songwriter greats. On “Smile-Shaped Scar,” the evanescence of it all borders on apocalyptic: “Grass fingers reach from pavement / Some day, the city will sleep in a green blanket / Until then / I’m always there,” Frank prophesies over waves of dream-pop guitar, his melodies’ ghostly glow shining a light on all the beauty in the breakdown. —Scott Russell 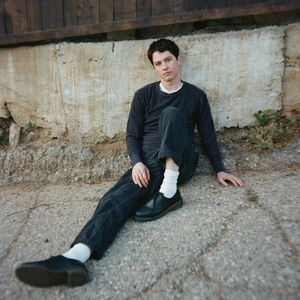 Two hundred of these weekly missives? Cue the fireworks … 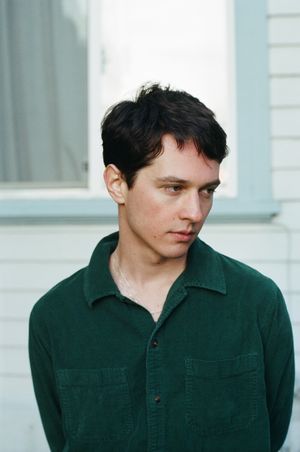 This Los Angeles band fronted by singer-songwriter Lukas Frank specializes in atmospheric and melodramatic indie rock that has earned comparisons to Jeff Buckley and Scott Walker. Their debut album As We Pass has been a grower for us lately, with songs that really start to pay off after the third or fourth listen.